May they rest in peace

On the 15th April 1989, 96 Liverpool football supporters went to a football match never to return.

Over 27 years later a Jury has found that everything the families and supporters have been saying for the last 27 years was true.

The 96 were unlawfully killed.

The fans were not to blame.

The effect of the last 27 years on families and friends goes far wider than Liverpool has been catastrophic.  But on the 26th April 2016 the truth was upheld.  The Jury, after hearing evidence for over 2 years took 10 days to come to their verdict. 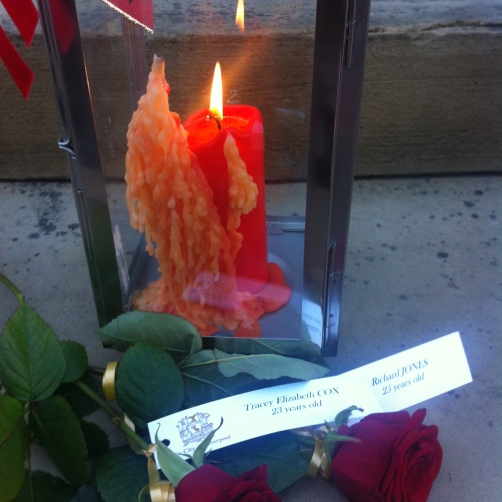 I am not going to say anymore, there are far more knowledgable, experience and ellocquent voices out there to tell the story.

So after 27 long years we finally have the correct verdict on the cause of the Hillsborough disaster.  UNLAWFUL KILLING. What we all knew from day one.  It’s a disgrace that it has taken all this time to get to this.  Caused by a police cover up aided by a Thatcher’s government, the press and Jack Straw’s refusal to do anything when presented with the damning evidence of this. Ironic that I am grateful to Cameron for one thing, allowing this to proceed as I am sure he could have stopped it if he wanted.  Thank you to the families and all those that have aided them for never giving up.  Justice prevailed in the end.  They didn’t reckon on your refusal to go away.  The 96 would have ben so proud of you all.  Quite rightly we all think of the families but there are many thousands of others affected by this, some still struggling to cope with it.  Today’s verdict I hope will help them too.  Rick and Tracey and the 94 other lost souls will never be forgotten. YOU NEVER WALK ALONE.

JK.  A survivor and a victim of the day.